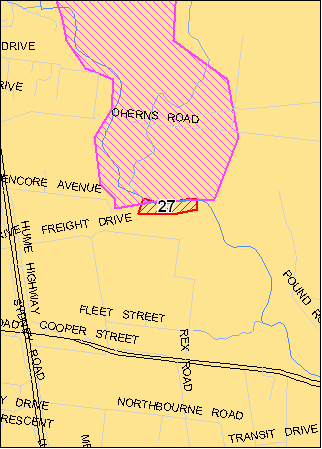 SITE DESCRIPTION: The site is the cliffed western bank of the Merri Creek for a distance of about 40 metres. The cliffed sector is from 2 to 4 m high and exposes a complex gravel deposit contained between two lava flow units. The gravels include large rounded basalt boulders at the base overlain by cross-bedded gravels with angular clasts of Silurian sandstone and mudstone set in a sandy/muddy matrix. The basal contact is very clear and the gravels overly a ropy lava surface which is well exposed in the bed of the Merri Creek. The upper surface is partly mantled by slope wash but includes a distinctly calcareous horizon with minor solution and depositional features. The higher parts of the slope are a flow of massive, dense basalt with widely spaced joints.

The composition and bedding structure of the sedimentary deposit indicates it originated as an alluvial gravel deposited by a rapidly flowing stream. The strength and steep gradient of the stream is evident by the large boulder size and the steep angle of cross-bedding of the gravels. This material is channel fill of an ancestral Merri Creek after the channel was filled by a lava flow and a new stream developed. The pebbles of Silurian show that the nearby creek catchment was cut in this material - the remnants now being the isolated hills of Woody Hill and Summer Hill. This ancestral channel was subsequently covered by a later lava flow. The whole sequence has now been exposed by channel incision by the modern stream.

Frood (1993) describes this site as "...debris carried amongst the lava flows" but this mechanism is not accepted. It is apparent that it is a stream deposit as explained above.

Although the occurrence of sedimentary layers between lava flows, must be a common Occurrence, it, like columnar jointing, is only displayed when suitable erosion windows are cut by modern streams or along the coast. This is a excellent example of its type and is very important in illustrating the sequential development of the deposits, channels and lava flows of the Merri Creek area. It is the only such example known in the Melbourne area. It is accessible, well-displayed and shows a variety of related features. The site has great potential as a geological education site.

CLASS 1. The deposit is relatively small. No material should be removed unless for approved purposes of study or research. Careful clearing of encroaching weed growth is necessary to allow clear visibility of all the features. The upper calcareous surface is fragile and would be damaged by trampling. No footpath/cycle paths should be located on this upper slope and would be best directed away from the site and preferably on the other side of the creek. A branch path could give access for interested visitors. 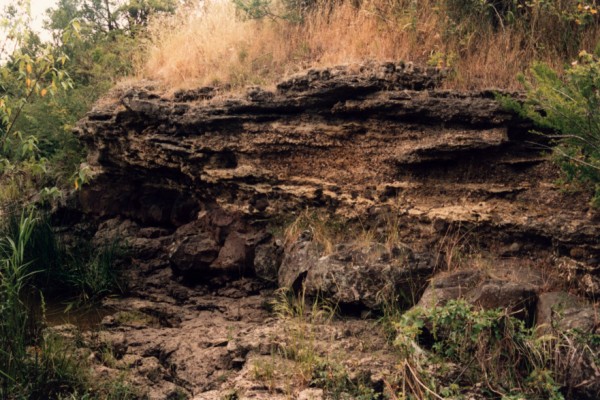 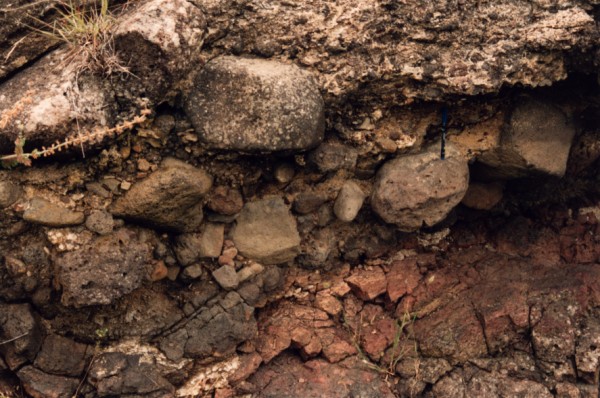