Ecological burning has always been crucial to management of Ngarri-djarrang Grassland in Reservoir.

Ngarri-djarrang Grassland has been tended by Merri Creek Management Committee since the early 1990s.

This article presents some analysis of fire management by MCMC and the resulting ecological improvements achieved over twenty years.

Fire in an urban grassland reserve

Ngarri-djarrang Grassland Reserve (formerly Central Creek Grassland Reserve) is a nine hectare remnant of Plains Grassland in the northern suburbs of Melbourne, Australia. Restoration of this site has been a commitment of the Merri Creek Management Committee (MCMC) since 1992 when the site was threatened by development, weed invasion, erratic biomass reduction and uncontrolled access. Works are funded by Darebin City Council, the formal managers of the Grassland, supplemented by regional, state and federal grants and developer funds.

A ten year community–led campaign saw removal of a freeway reservation and the current grassland area protected from housing development. In the early 1990s the Grassland was subject to massive weed invasion and the necessary biomass reduction only occurred as a consequence of uncontrolled fires. The grassland, however retained areas of high qualit 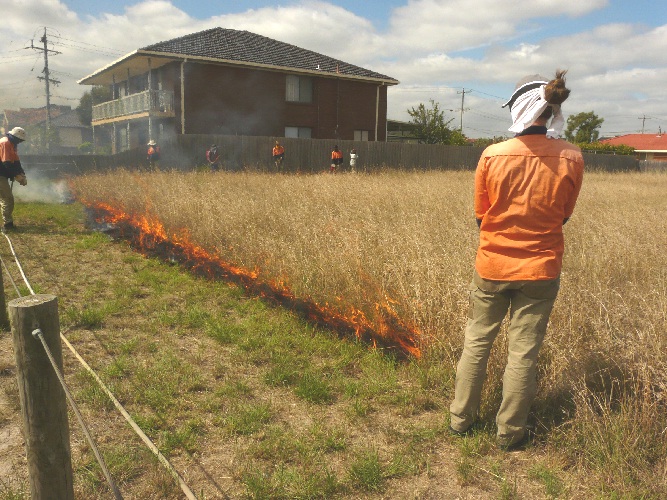 When management works began in 1992, the implicit overall goals were:

Secondary goals recognised the value of the area for education and as a seed source.

Protection of the site from dumping and vehicles was assisted by fencing some boundaries in 1999. Fencing of the remaining boundaries, induction for construction workers and regular inspections minimised the impact of adjacent housing construction in the early 2000s. Special attention to the design of interface with this housing balanced resident amenity with conservation needs, including ensuring ongoing feasibility of ecological burning.

Weed control effort is concentrated in post burn areas; utilizing optimum weed control conditions. The post-burn disturbance is also the main regeneration period for indigenous plants so reducing weed competition in this period is essential for the ‘assisted regeneration’ approach predominantly used at this site.

Vegetation quality mapping in 1994, 2004, 2006 and 2008 have been used to target weed control. In conjunction with scheduled burns, the quality maps allow allocation of resources in advance. 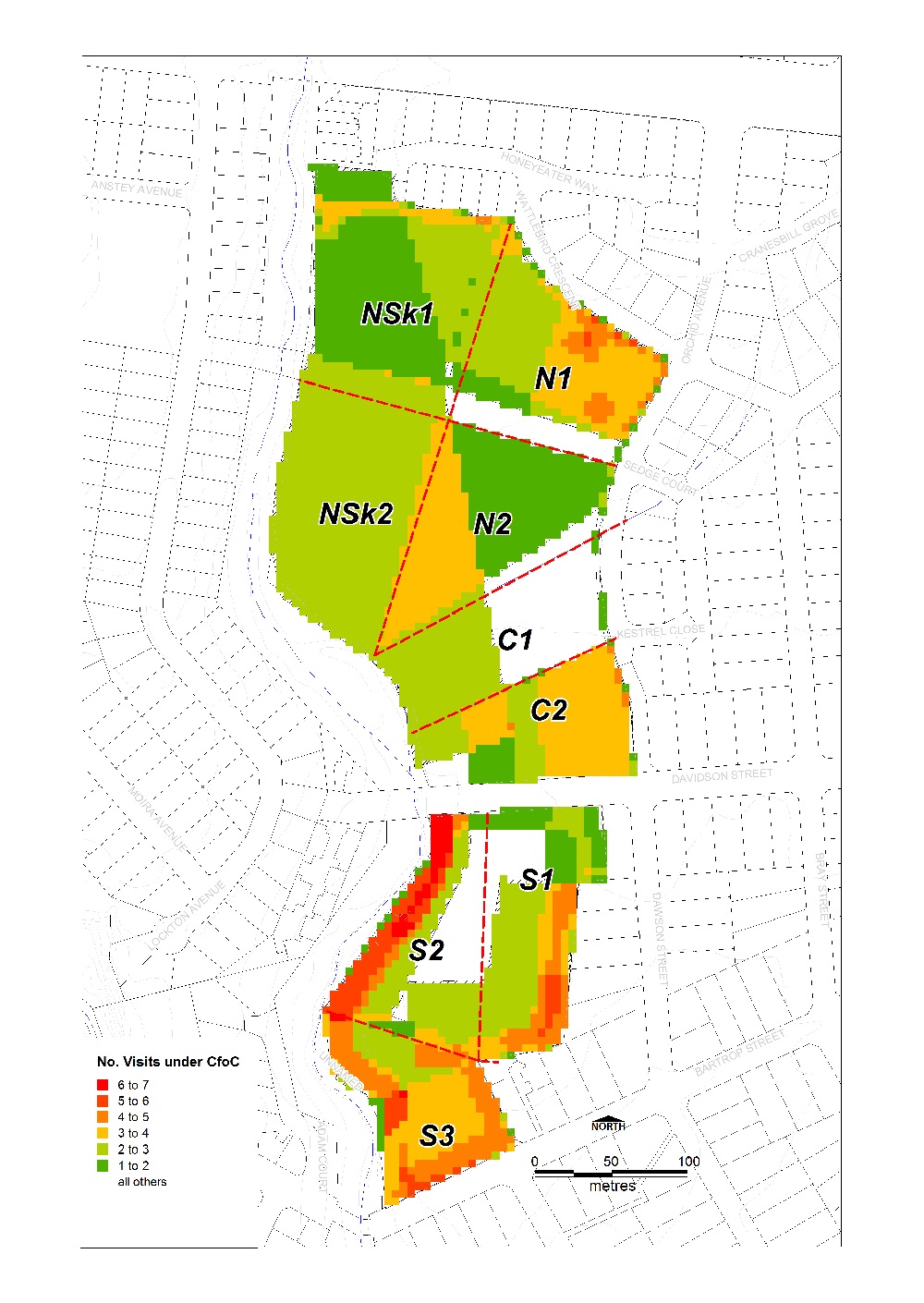 The correlation between on-ground weed control works and ecological burning can be seen in this mapping of recent restoration effort under the current Caring for Our Country grant.

Warmer areas indicate where areas have been revisited more often.  Eradication of the intractable weeds requires re-visiting to treat regrowth and seedlings.   The grassland has a diversity of weed species that will each have optimum months for treatment.  Achieving lasting reduction in weed cover therefore requires a sequence of weed control visits.

Works, primarily eradication of grassy weeds have been concentrated in regrowth areas burnt in March 2011.

Informing the public that ecological burns are safely conducted, essential for conservation and planned to minimise nuisance is a valuable investment.

The process of communication includes:

Where to? A vision for a small urban grassland.

The Ngarri-djarrang Grassland Reserve is among the best documented sites for the continuous management and restoration for an urban Victorian Volcanic Plains grassland reserve. It has scientific and conservation values as well as a role as a case study for other urban grasslands in Melbourne.

The ecological burning programme creates a rhythm of disturbance and regeneration that underpins the holistic management of native grasslands.