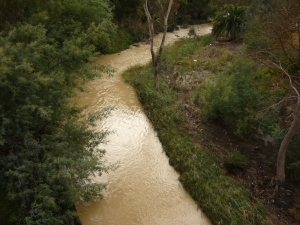 A dramatic change in the colour of Merri Creek - from its usual darkish hue to a worrying, pale-yellow - had concerned locals contacting MCMC, posting on Facebook and reporting the issue to the EPA. The spate of yellow muddiness began after rain in mid-May and continued for more than three weeks, an unprecedented time. 'Old hands' said that the turbidity (sediment load) in Merri Creek was much worse than anything they'd seen in their decades of creek-watching. What caused this massive pollution event? Was it 'natural', or the result of disturbance from urban development activity?

The pale yellow colour of Merri Creek is the key clue that MCMC followed in its investigation. This colour is far from normal for the Merri. Most of the Merri catchment drains dark, basalt-derived clay soils which give the creek its usual dark colour. But some of the Merri's upper tributaries drain areas with a very different geochemistry; the highly weathered sub-soils are very erodible and pale in colour. 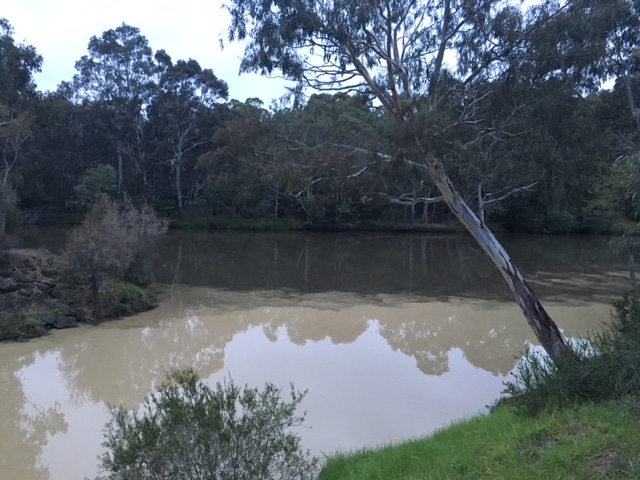 Kalkallo Creek near Donnybrook was a prime suspect. Information from others and a quick visit by MCMC confirmed this creek was thick with pale yellow sediment. 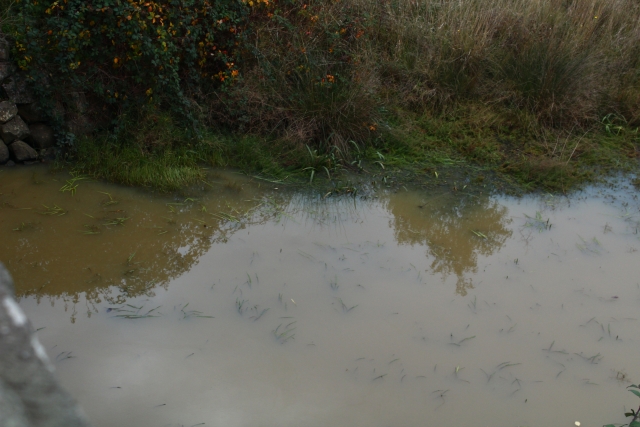 Photo above: Kalkallo Creek at Donnybrook Road, 30 May 2018, two weeks after the turbidity event began. 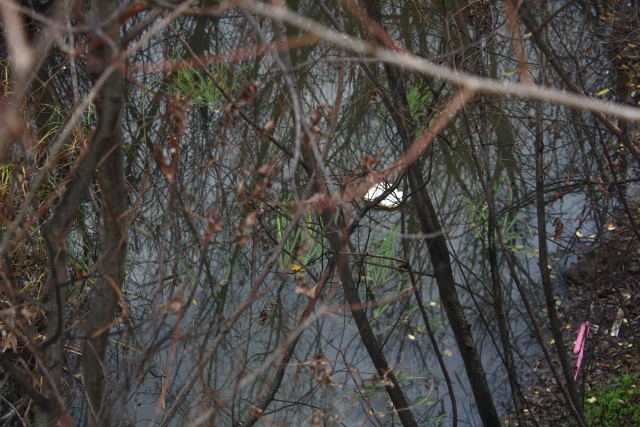 Photo above: Merri Creek at Donnybrook Road, 30 May 2018, upstream of its confluence with Kalkallo Creek. Not perfect but much less turbid than Kalkallo Creek.

Kalkallo Creek is notorious for its erosion gullies, metres deep, in its headwaters near Old Sydney Rd.  Less well known are the highly erodible, sodic sub-soils in the flatter parts of its catchment. MCMC has seen these sub-soils rapidly lose their structural integrity when wetted. Worryingly, these soils appear to extensively underlie new residential and employment areas being developed west of the Hume Highway.

MCMC made two site visits in May and identified major problems.

(1)  Exposed sub-soil in a constructed waterway near Donnybrook Road was fast eroding and the structure of the waterway failing. It needs stabilising, urgently. 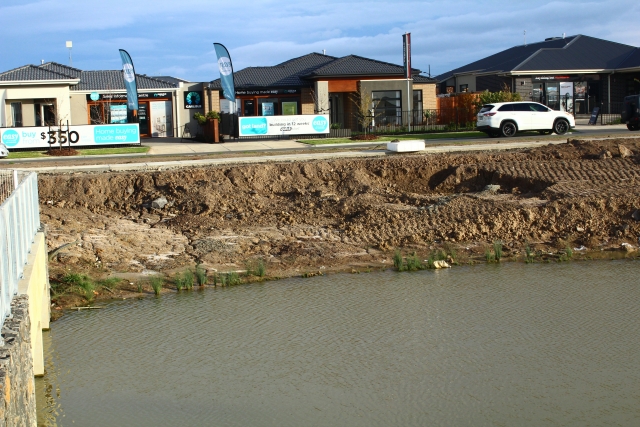 Photo: Constructed waterway near Donnybrook Road, banks are eroding and failing, 30 May 2018 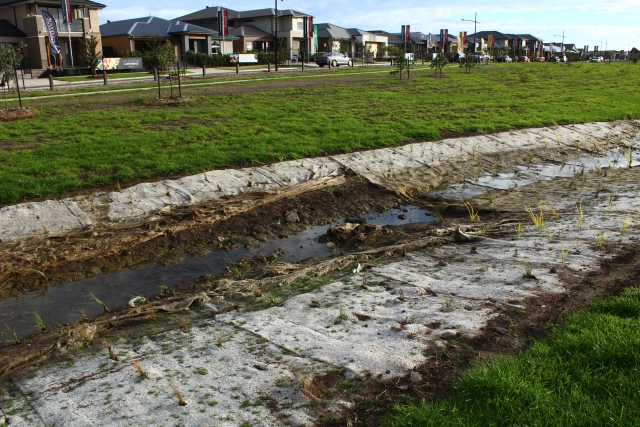 Photo: Constructed waterway near Donnybrook Road, rilling erosion can be seen as darker, horizontal indentations under the jute matting. The slopes aren't well stabilised, 30 May 2018.

(2)  A sediment basin was full of sediment-laden water but much of the sediment wasn't settling to the bottom of the basin; instead it was flowing downstream. The nature of these highly dispersive sediments means they'll only settle if special measures are taken, such as adding chemicals, a technique often used for muddy farm dams. 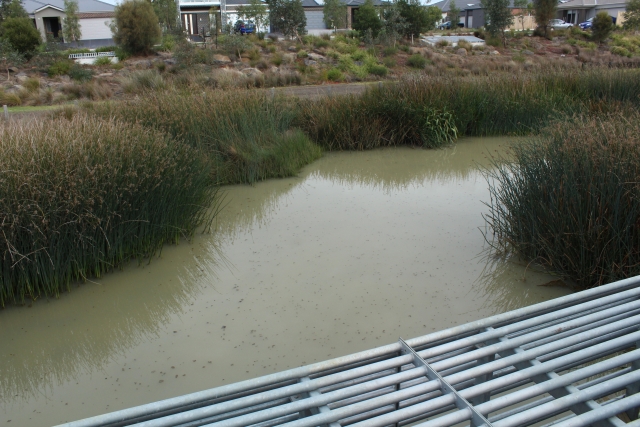 Photo above: Sediment basin full of sediment, 30 May 2018 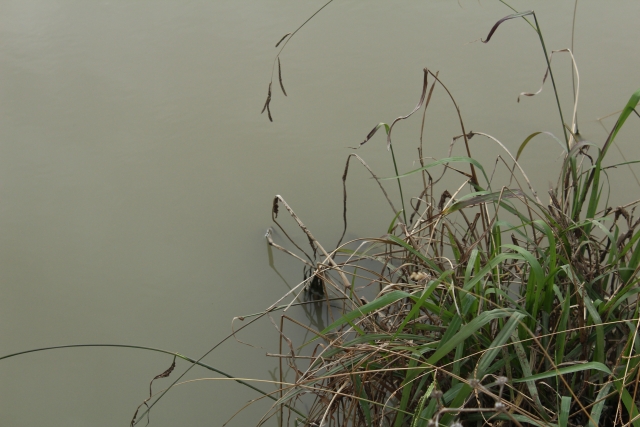 (3)  Construction of a 'temporary' drain on the north side of Donnybrook Road has led to the exposure of yellow sub-soil and significant erosion. This needs to be brought under control. 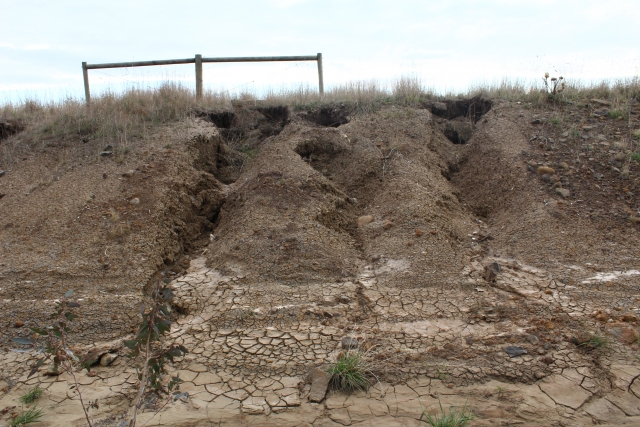 Photo above: Exposed sub-soils on the eroding banks of a constructed drain; darker topsoil is just visible at upper edge of bank, 30 May 2018. 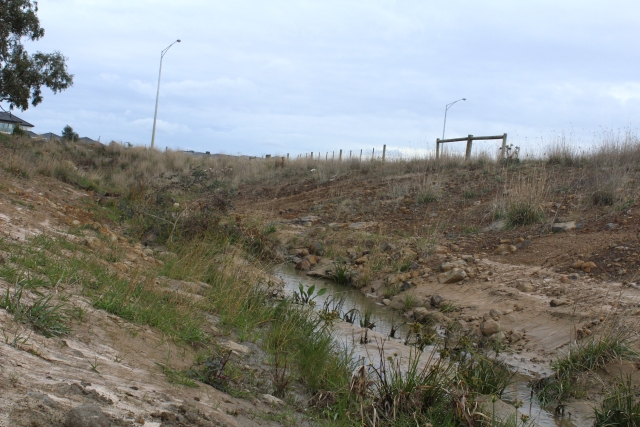 Photo above: Constructed drain and exposed eroding sub-soils, 30 May 2018.

Significant failures in erosion control are adding to the quantity of sub-soil reaching Kalkallo Creek.  We saw some of these on our site visits; some became evident through close scrutiny of high quality aerial images (if you have access to NearMap you too can take a close look).

Unfortunately standards measures just don't work well enough in such dispersive soils. The particles are extremely small (less than 1 micron and often less than 0.5 micron) and can pass through standard silt fences.  Vegetation can't be relied on to filter out such fine sediments and because of their geochemistry the particles don't easily settle.

Technically, this is because of the extreme slacking and dispersion characteristics of the sub-soil; its structure collapses when wetted after rain; obviously the impact is higher the more intensive the rain event. 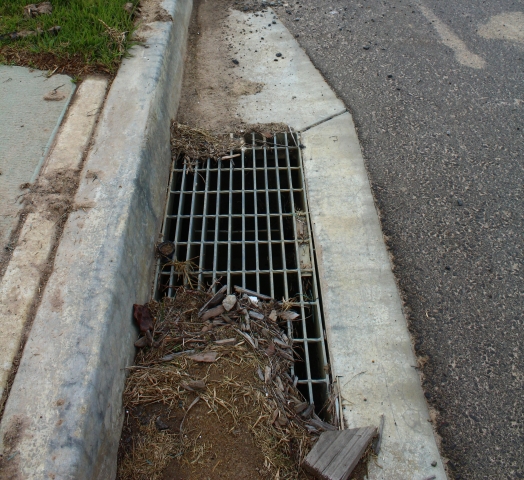 Photo above:  Failure to protect side entry pit on road-side from construction sediment, 30 May 2018.

These failures urgently need correction. They have undoubtedly contributed to the blighting of Merri Creek with excessive sediment. Erosion in the rural headwaters has also undoubtedly made a major contribution. It's not possible to retrospectively apportion relative blame to these different sources. What we can say is that the rural erosion in the headwaters has been active for many, many decades. The exposure of sodic, dispersive subsoils in development areas is a relatively new source of sediment to Kalkallo Creek. This is also the area and activity that is most amenable to immediate improvements in erosion control measures.

If we don't get a handle on erosion in the Kalkallo Creek sub-catchment we will continue to see Merri Creek blighted by an excessive load of pale sediment each time there is heavy rain. And as much more of the sub-catchment is slated for urban development, including the steep erosion gullies in the upper reaches, it's essential that the soil erosion risk is understood and proper response measures are enacted to adequately contain soil runoff. Standard measures aren't enough. 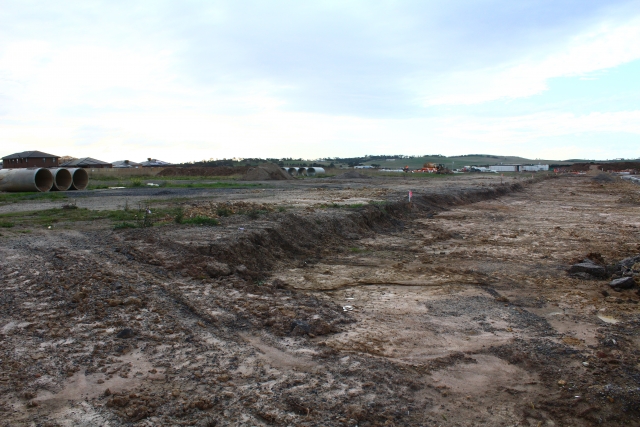 Photo above: Exposed subsoils in a sub-division construction area, 30 May 2018.  Highly dispersive soils need special erosion control measures. Are these in place?

MCMC is doing all it can to chase up this matter with relevant agencies. We will continue to keep you infmred on our progress. For an update in late 2019 please read Melbourne Water's response to this matter.