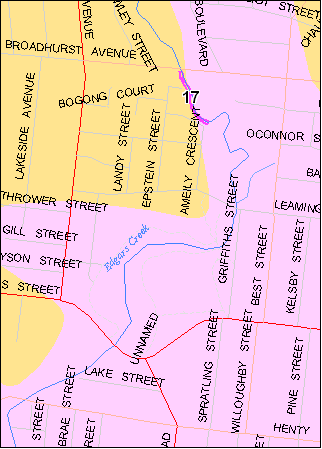 SITE DESCRIPTION: Edgars Creek is incised into a thin cover of weathered basalt veneered with alluvium: The base of the creek exposes Silurian (Melbourne Formation) sediments. Above the sediments is an irregular horizon of nodular rocks ranging from pea-sized fragments to lumps over 30 cm in diameter. Some lumps are friable and consist of small nodules weakly cemented by an earthy material but some are very hard and fracture with a sharp conchoidal edge. Analysis by x-ray diffraction revealed the dominant material of both types to be dolomite (calcium magnesium carbonate) and several have a manganese rich dendritic infill resembling a "moss agate". Detailed analysis of the mineralogy of this material is continuing at La Trobe University College, Bendigo.

The Melbourne and Suburbs, 1:31,680 geological indicates the occurrence of "Freshwater Limestone" in this area. This is probably a reference to the dolomitic material.

This is the only site in the study area where such sub-basaltic material was observed. The material is not siliceous and differs from the silcretes at Barry Road gorge. The compact harder nodules may be of interest to archaeologists as it could have formed a resource for toolmaking. The site is also of interest for the unconformity shown between the Silurian and the overlying sediments as it provides one of the more extensive creek channel exposures of Silurian rocks in the present study area.

CLASS 1. The site would be completely obscured if the rockwalling of Edgars Creek channel is continued upstream. Gem or rock collectors would find the nodules of interest and the exposure would be depleted by over-enthusiastic collection. It is a site of limited interest but should be maintained as an exposure of unusual geology in the Merri Creek catchment. 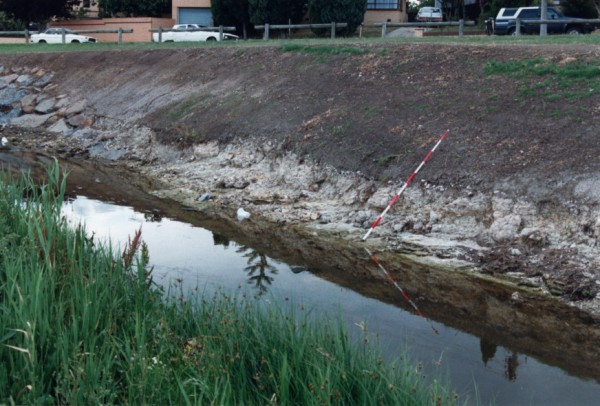 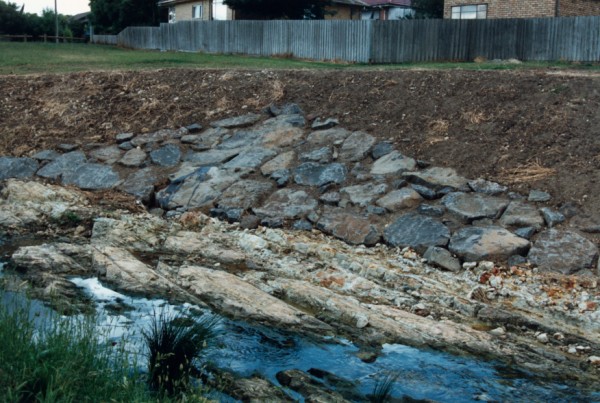